Starting January 6th, 8pm: That All May Be One 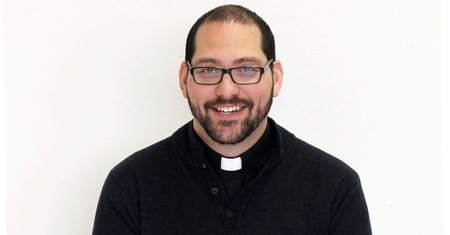 Rev. Scott Sharman is the National Animator for Ecumenical and Interfaith Relations for the Anglican Church of Canada.  He sought out that role because he is passionate about good relationships between denominations and religions.  He he has initiated a number of inter-faith dialogues in Edmonton and works at the national level bridging the Anglican church with other groups.  Recently he has done much work seeking unity with the Moravian church, Mennonites, and bridging gaps with our national Muslim, Catholic, and Jewish communities.  Scott inhabits a deeply generous and compassionate approach to deepening relationship between religious communities.

Scott has put together four video presentations to form a basic introduction for parishes and small groups to the connections between following Jesus and reaching out to our neighbours in other churches and religious communities.

It includes four video presentations of approximately 20-25 minutes in length, to be followed by about 30 minutes of facilitated conversation and discussion. Adjustments to the needs of your context are entirely appropriate.
The sessions are especially fitting time in January through early-mid February to overlap with the global commemorations of the Week of Prayer for Christian Unity (January 18-25 annually) and World Interfaith Harmony Week (February 1-7 annually). This also coincides with the liturgical season of Epiphanytide, which has many natural connections to the content themes.

*St. Augustine's will be showing Rev. Scott's video presentations via ZOOM beginning January 6th, 8pm with discussion to follow.  We will use our usual ZOOM link.  Sign on Wednesdays at 8pm to join in!

Scott will also be preaching at St. Augustine's via pre-recorded video later this month.

Mar 30
A Feminine Reading of the Passion

Celebrate with "The Gang" Congratulation Jonathan+ A Common Word Alberta

Subscribe to receive email updates with the latest news.